Lviv University of Trade and Economics is a heir of the glorious traditions of Lviv Commercial Academy and Lviv Trade and Economic Institute. Its origins as an educational institution for trade specialists training are at specialized schools operating in Lviv in the first half of the XIX century.

The University is proud to be the oldest trade and economic institution of higher education in Ukraine and Central and Eastern Europe. March 7, 1816 is its date of birth and is considered to be the day of establishing the Real School, and also the day of publication of the Royal Decree by Francis I the Emperor of Austria (Mieland, No. 78). It was emphasized there that the opening the Imperial and Royal Real School in the city of Lemberg (Lviv) was carried out in order to meet the educational needs of the local population. 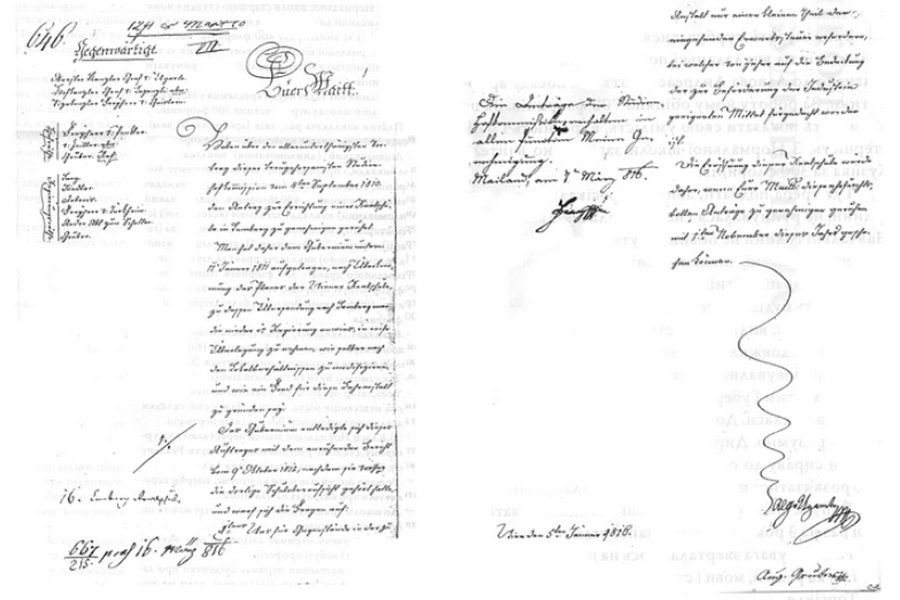 The Real School was maintained with the help of the newly introduced local industrial tax. There were two training courses, teaching the curriculum subjects for six hours per day with the exception of the afternoon hours and holidays. The newly established Real School was housed in M. Darovskyi building (now it is Virmenska St., 20).

The opening of the Real School in Lviv took place on November 7, 1817. The cathedral scholiast Minasevych was appointed of its temple director.

In 1902, the Higher School of Commerce in Lviv gained the status of the Academy of Trade and the official recognition of the main educational centre in Galicia for training of highly skilled professionals in the field of trade. In the trade circles, the Academy had a good reputation, as evidenced by the large number of people willing to enter this institution.

On April 3, 1922, the Presidium of the Chamber of Commerce and Industry unanimously decided to establish a higher educational institution in Lviv. The Organizing Committee prepared a charter and a curriculum, which was subsequently proposed to the Ministry of Religions and Education for approval.

On November 1, 1939, on the basis of the Academy of Foreign Trade, the Lviv Institute of Soviet Trade was founded. The training of specialists was carried out in the following specialties: commodity study of industrial goods, commodity research of grocery products, economics and planning of Soviet trade, accounting in Soviet trade. 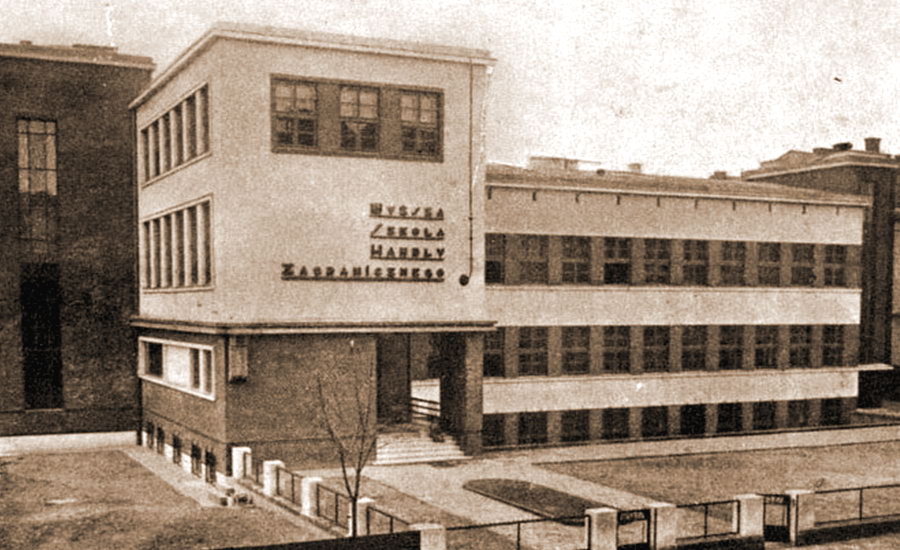 In 1947 an association of Ukrainian Institute of Soviet Cooperative Trade and Lviv Institute of Soviet Trade took place. The reorganized institute was named Lviv Trade and Economic Institute and was subordinated to the Main Department of Higher Educational Establishments of Economics of the Ministry of Higher Education of the USSR. The Institute was located in two buildings – in Chkalova Street (now it is Tuhan-Baranovskoho Str., 10), and Parkhomenka Street (now it is Samchuka Str., 9). According to the Statute, the institute had three faculties: accounting-economic, trade-economic, commodity-study – and 18 departments.

Until 1991, the Lviv Trade and Economic Institute was subordinated to the Central Union of the USSR, then since August 1991 – to Ukoopspilka. The leadership improved the structure of the Institute, tried to use the teaching staff more rationally, significantly improved the educational process and scientific activity.

During 1993-2009, the enrollment for full-time and part-time university programs was increasing within all specialties. That was explained not only by effective vocational guidance work, which is not less important but first of all by the fact that the Academy held one of the highest positions in the ranking among other economic universities.

Due to the adoption of the Law of Ukraine “On Higher Education” in 2014, the Academy created new departments and reorganized existing ones, in particular, the faculty of correspondence education was liquidated and groups of part-time students were transferred to the Institute and other faculties of the Academy. 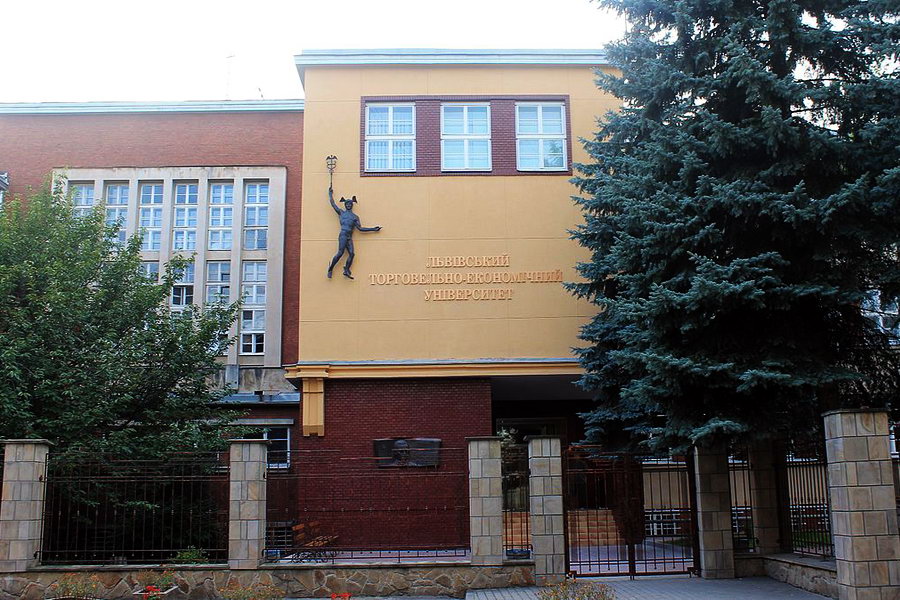 On April 15, 2016, in accordance with the Central Union Resolution Consumer Societies of Ukraine № 95 dated December 24, 2015, by agreement with the Ministry of Education and Science of Ukraine (Letter № 1 / 11-3984 dated March 25, 2016) Lviv Commercial Academy was renamed Lviv University of Trade and Economics. 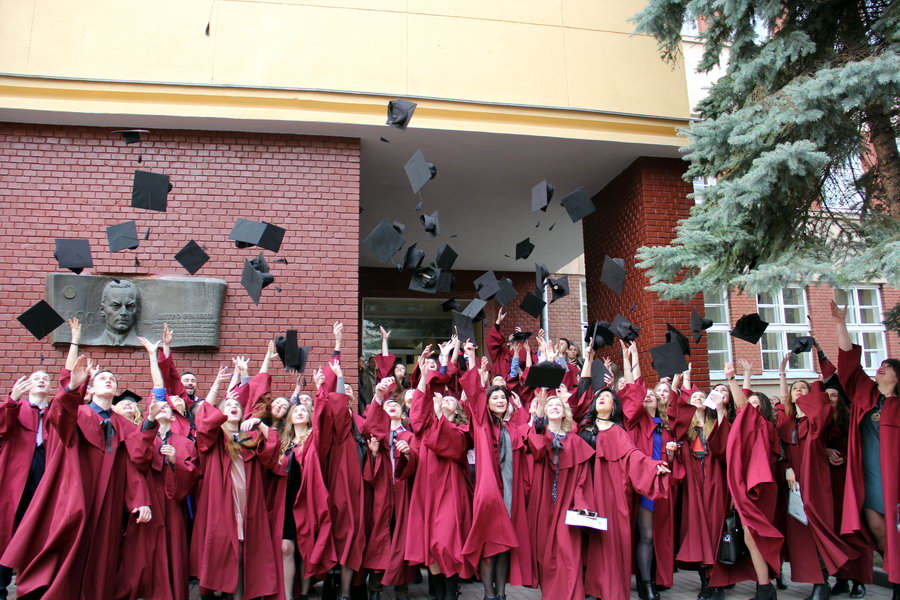 The university structure also includes specialized defense councils on Doctor and Ph.D. theses, Ukrainian Institute “Ukopinformproject”, Research Laboratory of Economic Assessment, Business center “Intereconomics”, Modern European Languages Center, Recruitment Agency and Publishing House. Today, the University is a modern educational and academic European institution, where all the conditions for successful training and scientific growth of the youth to the level of highly qualified specialists are created, which meets the requirements of today’s employers. Our Alma Mater always holds high positions in the rankings among higher educational institutions of Ukraine and has significant advantages over other universities that train specialists in the field of economics and trade.

Center for International Education and Cooperation